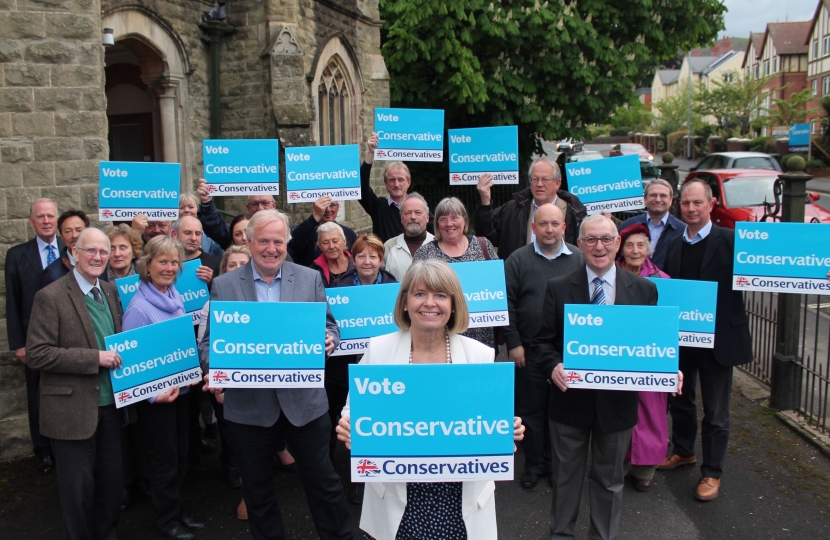 HARRIETT BALDWIN has been confirmed as the Conservative Party candidate for West Worcestershire in the General Election on June 8.

Harriett was selected by the constituency Conservative Party members at a meeting last night (April 27). Harriett was first selected for the seat in 2010, which she won with a majority of nearly 7,000 and was re-elected two years ago tripling her majority to 22,578.

As well as being a strong and active local MP, Harriett has served as a Treasury Minister and is currently Minister for Defence Procurement.

Harriett commented: “It is an honour to be selected once again to contest the upcoming election to remain as the Member of Parliament for West Worcestershire.

“I am grateful, both for the support of the Conservative party members who selected me but also the 30,000 people who voted for me at the last General Election.

“In the last seven years I have worked hard across the constituency helping to represent local people, pressing for further investment in our local NHS, investment in flood resilience, fairer funding for our local schools, investment in infrastructure such as road, rail and rural broadband and helping to grow our local economy. Much has been done but there's more to do.

“I backed Theresa May to be Prime Minister last year. I now welcome the decision to give people in West Worcestershire the chance to back her to deliver strong and stable leadership for our country on June 8.”