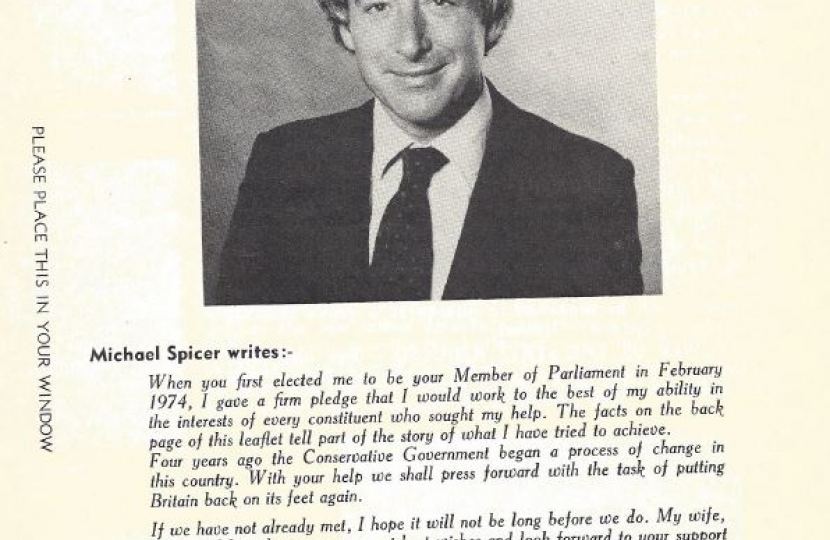 It was with great sadness that the Association learned of the recent death of our former West Worcestershire MP Lord Spicer.

First elected for the Constituency of South Worcestershire (later to become West Worcestershire) in 1974, Michael Spicer MP served with distinction until handing over to Harriett Baldwin MP at the 2010 General Election.

He will be greatly missed by those who worked with him in the Association.

A private funeral for family and friends will be held at St Michael's Church in Cropthorne at 2pm on Monday 17th June.

The Prime Minister's letter on Coronavirus: Stay at home to protect the NHS and save lives.

Read the Prime Minister’s guidance everyone should follow and the measures the government has put in place to fight Coronavirus.