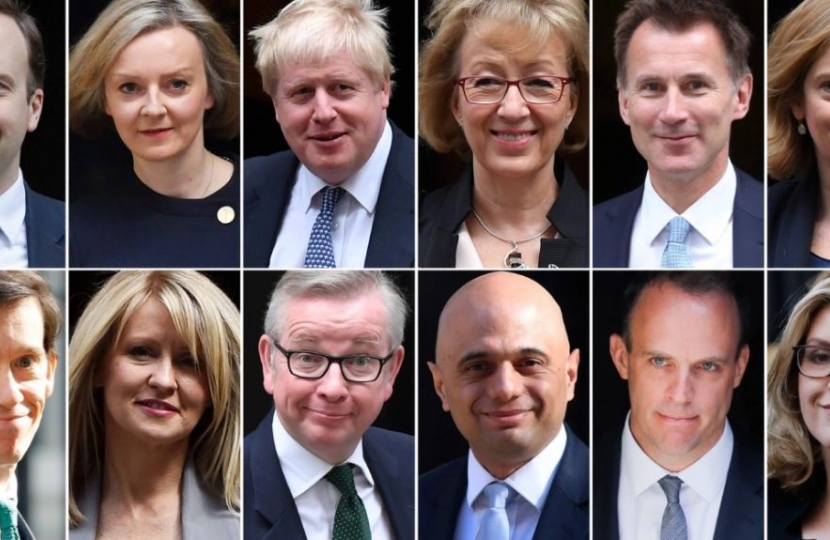 The selection procedure for the next Party leader has been announced and is as follows:

After the Prime Minister formally steps down as Leader of the Conservative & Unionist Party, the process to elect a new Leader will begin. The Rt Hon Theresa May MP will remain Acting Leader of the Party until a successor is appointed.

A call for candidates will be made at 5pm on Friday 7th June. Nominations will be received from 10am Monday 10th June 2019 and will close at 5pm on the same day.

Candidates will be required to submit a nomination including a proposer, a seconder and six other Members of Parliament supporting their candidacy.

Ballots of MPs will then be held over the course of the following two weeks.

After the first ballot, any candidate receiving sixteen votes or fewer will be eliminated.

After the second ballot, any candidate receiving thirty two votes or fewer will be eliminated.

If the ballot thresholds are met by all candidates, then the candidate with the lowest number of votes will be eliminated.

The first ballot will take place on Thursday 13th June, from 10am to 12pm. Further ballots are scheduled for 18th June, 19th June and 20th June.

The Rt Hon Dame Cheryl Gillan MP and Charles Walker OBE MP will act as returning officers for the election.

Once the parliamentary process is completed, CCHQ will assume responsibility for the administration of hustings and the vote of the Conservative Party membership. This stage of the process will be completed in the week beginning Monday 22nd July, with the first membership hustings planned for the 22nd June 2019.

Further details will be published in due course."

The Prime Minister's letter on Coronavirus: Stay at home to protect the NHS and save lives.

Read the Prime Minister’s guidance everyone should follow and the measures the government has put in place to fight Coronavirus.