Welcome to the website of West Worcestershire Conservative Association. We're an active local association, with a focus on the local community and how to improve life for all constituents. We work closely with our Member of Parliament and local councillors. We'd love to hear from you - to get in touch, please visit the Contact page. 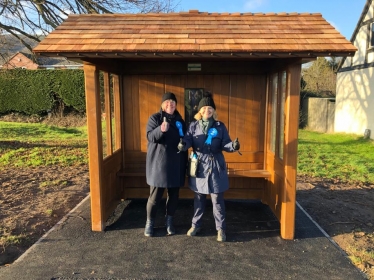 And Harriett pledges to keep a close focus on local issues - the NHS, climate change and fairer school funding as well as delivering Brexit under a strong one-nation Conservative Government.

Harriett comments: "I am delighted with this result which has seen me increase my majority and comprehensively win the popular vote".

If you might be away on polling day, at work or on holiday, are physically…

Letter from the PM

Our gigabit rural broadband plan for the UK

We’re committed to bringing gigabit broadband across rural Britain so no community is left behind – find out how.

We’re committed to the fight against the abuse of human rights. That’s why we’re implementing Magnitsky’s Law.

This map shows the extent of the geographical area that we represent on behalf of the Conservative Party.

WWCA Annual Dinner - Save the Date

The 2020 West Worcestershire Conservative Association AGM will be held at...