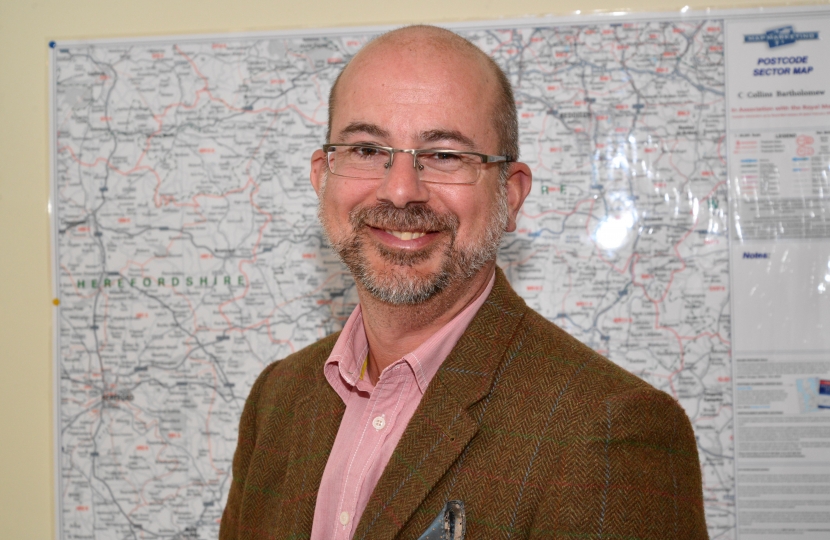 Leader of the Conservative Group

Our Conservative Government has set some of the most challenging targets for the environment in the world.  Published in 2018, “Our Green Future: Our 25 year plan to improve the environment”, sets out key goals and actions:

Reliance on carbon for energy has reduced since the conservatives took power in 2010.  Under Labour, around 75% of all the UK’s electricity came from Coal and Gas.  By the end of 2019, this had reduced to around 25%, with virtually none coming from coal.  There has been a massive increase in wind and solar energy production.   Whilst there is a long way to go, the Conservative government is delivering on climate promises.

In May 2019 the Conservatives lost control of Malvern Hills District Council.  The first action of the new Green led Independent Alliance was to declare a “Climate Emergency”.  The plan was to make the council Carbon Neutral by 2030. The plan included things like increasing electric vehicle usage, introducing Bio-fuel instead of oil for heating, and reducing the carbon footprint of things such as the Malvern Splash, by closing the sauna (to save fuel).  Over 50 specific targets were set.

Current performance on the delivery of these targets is woeful.  In 10 years, the conservatives reduced reliance on fossil fuels from 75% to 25%.  In a year, the ruling coalition at Malvern has only two indicators on target, with 31 showing as Amber, and 16 showing as Red.  The response is pitiful.  The latest report states that the target is unlikely to be met after only one year.  Having set a target that they wanted to introduce bio-fuel as a replacement for oil, no-one bothered to check that there was a Bio-fuel supplier in the district (there isn’t) or that bio-fuel is actually worse for the environment!

The only real action taken in the last 12 months was the purchase of land at Hallow, which burned through the financial reserves for “green” initiatives, and only really served the interests of the residents who lived locally, protecting their land from the developers.  This was an opportunity missed to acquire tracts of land across the district, to protect from developers, and to provide vital green space for our villages and towns.

Your Conservative District Councillors support the government, and indeed support the rag-tag coalition in power at Malvern Hills District Council, in reducing our carbon footprint.  However, we firmly believe that working with the government should be the way forward, not trying to create a “green-washed” mini-state within the English countryside.  We believe that we need to develop Green Industry within Malvern, extending the Science Park to include a “Green Park”.  Your last Conservative administration did a lot to support this type of industry, including supporting battery manufacturers for electric cars within the science park.  The current administration is piling increasingly bizarre requirements on the refurbishment of the Malvern Theatres at a time when the theatre is struggling to survive following Covid lock-down.  Water harvesting, and thermodynamic windows are certainly nice to have, but only if we have a theatre to put them in.  Current concern is that if Covid continues, we may lose the Theatre, and all the good that this delivers for Malvern.

The major initiatives in the area are being driven by County, and by our MP Harriett Baldwin.  Yet the Green led Independent coalition at District tries to claim credit for the likes of the Tenbury Flood defences, and the flood barrier at Severn Stoke.  As we start to look at recovering our Economy following the Covid lock-down, the District continues to dither on prospectuses for Malvern, Upton and Tenbury, whilst the County delivers a recovery plan.

We are in this position because too many Conservative voters did not vote in the District Council elections in May 2019.  At the time we were in the midst of the turmoil of Brexit, and many people felt they had to make a protest vote or abstain altogether from voting.  What that meant is we now have three more years of ineffectual local government, rather than the visionary leadership your Conservative Councillors have historically delivered.

As Leader of the Conservative Group at Malvern Hills District Council, I beg you, please let us not make this mistake in the future.  Next year we re-elect the County Councillors.  We must not be complacent, as many of the quasi Green Independents plan to stand at County.  We cannot afford to let them play their games at County level.

And in three years’ time, when the opportunity comes again to elect a new District Council, please support us.  We need to ensure we elect a local Conservative administration that will really deliver on the environment, and really deliver for the residents of the District.

Today we have published our Covid-19 UK Vaccines Delivery Plan, setting out how we plan to deliver the biggest vaccination programme in British history, to protect all those who need it most as quickly as possible.