David Chambers was a college lecturer and Head of Department working in the UK, Fiji and Burma. He was elected a Councillor on Malvern Hills District Council in 2015. He held the Portfolio for Policy and later Economic Development and was Leader of the Council between May 2017 and May 2019. David was Harriett Baldwin's Campaign Manager at the General Election in December last year. He was Chairman of the WWCA from June 2020 until October 2021. 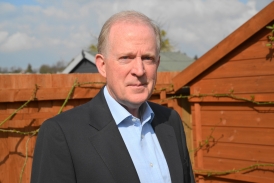