Member of Parliament for West Worcestershire

Harriett was appointed to become the Prime Minister’s Trade Envoy to Russia before joining the Government in February 2014 as Assistant Government Whip. In the July 2014 reshuffle she was promoted to Lord Commissioner to HM Treasury. Following her re-election in 2015, Harriett became Economic Secretary to the Treasury (City Minister). In July 2016, Harriett was appointed Parliamentary Under Secretary of State in the Ministry of Defence responsible for Defence Procurement.

On April 27th 2017 Harriett was re-selected by the members of the constituency party as Parliamentary Candidate for West Worcestershire for the 8th June 2017 General Election. Harriett won the election with an increased share of the vote.

At the 2019 WWCA AGM Harriett was formally adopted as Parliamentary Candidate for West Worcestershire for the December General Election. Harriett won the seat with an increased majority of 24,499.

Harriett was born in Hertfordshire and spent her early childhood in Cyprus. Harriett grew up in the village of Felsted in the heart of rural Essex, where her father, Tony Eggleston OBE, was headmaster of the local school. Harriett read Modern Languages (French and Russian) at Oxford, receiving First Class Honours and obtained an MBA from McGill University in Canada.

Harriett is married to Jim Baldwin, a businessman and television producer. Jim is also a social and industrial historian whose interests include canals, bridges and steam trains. Between them, they have two daughters and a son, the youngest of whom was born in 1995. They live in the Teme Valley.

Harriett has enjoyed a successful 20 year career in finance, specialising in currency markets for pension funds. She was on the National Council of Business for Sterling. She fought Stockton North for the Conservatives in 2005, gaining a 3.6% swing. Her motivation for going into politics was that she could see that Gordon Brown as Chancellor had set Britain on an unsustainable financial path.

Harriett supports many local charities. She has been a Home-Start volunteer, is a Friend of Community Action, the Nora Parsons Day Centre, the League of Friends of Malvern, Tenbury and Pershore hospitals and FOAG, to name a few. She is also an associate Governor at Hallow Church of England Primary School.

Harriett has always worked to encourage more women to get involved in politics and to work in financial services. She was a Changemaker for the charity "Working Families", which campaigns for more workplace flexibility. 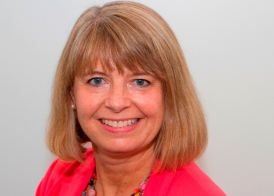