Scott Richardson Brown moved to West Worcestershire in 2013 although has spent plenty of the time in the constituency since 1998. Prior to that he lived in London where he was Chairman of Redcliffe Ward in the Kensington and Chelsea Conservative Association and a City stockbroker and more laterally turn around specialist. He actively campaigned with Harriett Baldwin in the recent General Election having started his campaigning for the Party aged 12 in Exeter in 1988.

He was elected as County Councillor for Hallow in May 2021. 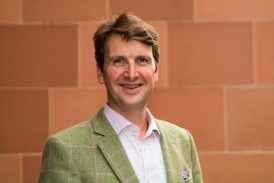